Learn about the Indian business culture: “The country that lies north of the ocean and south of the snowy mountains is called Bhāratam.’

INDIA!! “The world in itself”. India is located on the South side of Asia, surrounded by Indian Ocean, Arabian Sea and Bay of Bengal. With a population of nearly 1.2 billion people, India is second most populous country and seventh largest country with the area of 3,287,263 km2. This guide is all about Indian business culture, but it is notable that India is a vast place with many states where the culture varies in each state. This guide therefore should act as a starting point and we will produce state guides in the near future.
The guide consists of Indian Business communication, Business etiquette, Business meeting etiquette, Internship and student placements, Cost of living, Work-life-balance, Social media guide

Getting to Indian business culture

The easiest and fastest way to reach India is by air. As, India is a big country, it has many prime airports which cover the whole country. It also depends on the destination that you choose. Delhi and Mumbai airports are most popular among travelers as major flights are connected from these cities. The Airport is located approximately 30 KM from the India’s capital Delhi.

Delhi is the India’s second largest city with a population of more than 27 million people. Mumbai stood first in the largest city rankings. Altogether India has 29 states and 7 Union territories. Principle cities of India are Delhi, Mumbai, Ahmedabad, Bengaluru, Hyderabad and Chennai.

India has land mass of  3.287 Million km square, land frontier of 15,200 KM and total coastline of 7,517 KM with the various climates. The climate in India embraces a variety of conditions depending on different geographic scale and topography. Based on four sides, Northern side of India is colder because of the Himalayas. 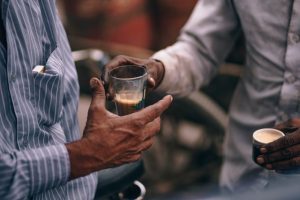 The Eastern side of India can also be chilly because of wind from Himalayas and Tibetan plateau. The Southern and Western sides of India are generally warm. The hot season in Southern and Western part of India has temperatures of between 25–32 °C (77-90 °F), with high levels of humidity. The climate in Southern India experiences only slight seasonal variations. Temperatures and humidity remain relatively high all year round.

India ranks fifth in the list of world’s richest countries with a GDP of 2.264 trillion USD. The economy of India has been progressive since past 5 years. India has a very good relation with other countries, so majority of countries are India’s trade partners. India’s main import products are agricultural products, oil, petroleum and mining products from the countries such as China, Europe, USA and UAE. While majority export products are Agricultural, IT and manufacturing products to Europe, USA, UAE, Hong Kong and China.

Foreign Direct Investment (FDI) into India is modified by the Government of India to increase inflow. The official language of India is Hindi and official currency is the Rupee. India operates on Indian standard Time that is 5:30 hours ahead of UTC.

Xenophobia: Being a Foreigner

The Indian slogan “Atithi Devo Bhava” means the guest is like a god in our country. It is also a campaign by the Indian government for tourists to give a better feeling of being welcomed in the India. India has one of the seven wonders known as ‘Taj Mahal’, so that India welcomes tourists with open arm. Indians are known for their helping nature, outgoingness and friendliness. As Indians are very nice and helpful with visitors, foreigners are mesmerized by India’s diverse culture, history, food and beauty. India is multicultural and diverse country with a more than 23 spoken languages. In 2016, 14.57 million people visited the India from all across the globe.  You can see some Indian tourist statistics here. Foreigners love Indian Food as India has a mouthwatering, delicious and variety of cuisines in each and every part.

People in India are often business minded, so to do business in India you need to be well prepared to experience things that are different from your own culture. Failure to do so may give you a ‘cultural shock’ which can lead you to undesirable influence of business trades. It is obvious that as an active business person you have time limits to explore cultural differences. Sometimes you find yourself in the meeting room with a new people only after the few hours of landing in a new country. That is why it may be helpful to learn about the Indian business culture before coming in the country.

The country has a strong prominence on the significance of education and training, which is fundamental to Indian culture. Economic effectiveness is comprehended by the knowledge, education and competitiveness. There is free and compulsory education for all the children between the ages 6 to 14. Role of an education is always noteworthy in empowering social mobility. Education in India provided by public sector and private sector. Education in India is overseen by ministry of Human Resource Development. They are investing a lot of money to improve the education system.

Indian Education system follows “10+2+3” pattern, it means that 10 years of study is done in schools which further subdivided into primary education of 4 years and 6 years of high school. Then 2 years in junior colleges, and then graduation for 3 years for bachelor’s degree. India is 3rd in the largest higher education system after China and US. There are more than 152 central universities, 316 state universities and 191 private universities in India. Except medical and engineering courses, majority of undergraduate courses last for 3 years. Whereas postgraduate courses are of 1 to 2 years depends on the type of study.

Transport is key to Indian business culture and the mobility of labour in India is relatively high. New Indian generation is exploring the world without the limits. India has more than 50% youth in its population. These youth have a more optimistic approach and are willing to take the risk of starting a new job in a new place. This is epitomized by the high numbers of Indians travelling to all over the world to look for work. As per the official website of the Center for Monitoring Indian Economy (CMIE), there are more than 31 million unemployed Indians trying to be employed. The unemployment rate is 6.1 percent and government is trying to drop the percentage. Staffing services are progressively common in India. These staffing agencies charge companies for providing work force and staff. Work force provided by agencies are often fresher students and unemployed people looking for job.

When driving around India, people must have to drive on the left side of the road. Driving on the wrong side may cause accidents. There is a wide spread networks across India that includes national highways and state highways.

India has one of the largest rail networks that cover majority part of India. There is a time table for each and every train on the website. Anyone can easily book the ticket from https://www.irctc.co.in/nget/  for the long distance and local rail.

The majority of places in India have an integrated transport system.  There are private and government bus services available in India. These bus services differ from state to state but everyone has easy access to bus timetables and its services from its website. Bus website from one state such as https://gsrtc.in/site/  provide time table to all routes in designated state.

The country has a wide spread and good road network that includes national highway, state highway and district roads. This network makes Indian road network second largest in the world. In India, national upper speed limit for car is 140 kilometers/hour (87 mph) and for bikes its 80 kilometers /hour (50 mph). Seat belts and helmets are compulsory to wear while driving in India.

Indians are quite tolerant and very proud of their culture and history. However, it is best not to discuss religion or political opinions with a stranger as these are the main topics that people have a strong feeling.

Apart from these topics, they are open to help and discuss cultural and historical topics. Meanwhile, topics concerning Kashmir, Pakistan and the caste system should be avoided. These are three of the topics that Indians find difficult to change their opinions. Another sensitive topic is cricket which is like a religion for Indians. If you criticize the Indian Cricket team you will end up having long and angry arguments. Avoid condemning Indian culture and traditions, as they don’t accept condemnation from foreigners. Avoid kissing in public places as it is not acceptable in Indian culture. For the business and social meetings, Indians will offer you a tea or coffee.

Make sure you wear proper outfits while you are in India. In metropolitan areas, it is normal to see both men and women wearing more Western influenced outfits. For Males, shirt, t-shirt and trouser are accepted. For females it is required to wear covered clothes such as covered tops and jeans. Females are advised to cover their head and shoulder while travelling in or near to the religious place. Which is sign of respecting the culture and customs. Women are not allowed to touch or to enter in any religious place if they are on their period. Moreover, winking and whistling in public places should be avoided especially when females are nearby as it is considered as a cheap mentality and rudeness in India. Avoid any comments based on the caste as people have a high respect for their particular caste.

Do you want to learn more about business culture in India