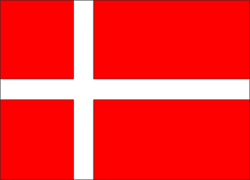 Looking to work in Denmark or visiting the beautiful Nordic country for a business engagement? Are you looking for some information on Business Culture in Denmark? Worry not, for we have everything you need here at businessculture.org.

We provide you information on the aspects of business communication, business etiquette, business meeting etiquette, internship and student placements, cost of living, work-life-balance and social media guide for Denmark!

The Kingdom of Denmark is a Nordic country. Zealand (Sjaelland), Funen (Fyn) and Jutland (Jylland), which is a peninsula north of Germany, are its largest islands.

Copenhagen is the capital of Denmark, situated on Zealand, the most densely populated part of the country. Denmark has about 5.8 million inhabitants, an area of c. 43 000 km2 and a coastline of c. 7300 km. Germany, Sweden and Norway are its neighbours. Germany is the only country that Denmark has a land boundary with but there is a bridge connecting Denmark and Sweden.

Denmark is a constitutional monarchy and a member state of the European Union (EU). In addition to Denmark itself, the kingdom also includes the Faroe Islands and Greenland. These islands have an autonomous status and are largely self-governed. The country is a parliamentary democracy with Queen Margrethe II on the throne. In fact, it is the world’s oldest monarchy and belongs to the oldest states in Europe.

Historically, Denmark is an agricultural country, but for many years now the production structure has been changing. Denmark relies on a highly developed service sector and large export-oriented industry. Altogether, the service sector employs 72 percent of the Danish workforce, which accounts for half of the GDP. Industrial products make up 72 percent of Danish export.

Crude oil, natural gas, fish, salt and limestone are Denmark’s most important natural resources. Denmark is also known for being among the world’s top countries when it comes to a very diverse range of products and services. Food, furniture and clothing, design and interior design, sea transport, windmills, pharmaceuticals, equipment for automatic cooling and heating, sensitive measuring instruments, as well as IT and communications are some such examples.

The welfare system in Denmark is extensive and is financed by one of the highest taxation levels in the world. The basic principle of the model is that all citizens have equal rights to social security. Standard of living in Denmark is high and the differences between rich and poor are small.

When it comes to the Danish weather, summer is not too hot while the winters remain relatively mild. In February, Denmark’s coldest month, the mean temperature is 0°C and in July the average temperature is 20°C. In recent years the temperature in summer has risen to 30°C. Variation between day and night temperatures is minimal. When going to Denmark, be prepared for rain, since in Copenhagen it rains on average 170 days a year. As in other Nordic countries, the winters are dark and the summers are light. On the shortest days there are only 7, 5 hours of daylight, whereas in the summer when the days are longest, the sun shines for more than 18 hours.

Denmark belongs to the Central European Time (CET) –zone, which means that the time in Denmark in the summer is GMT+2 and in the winter GMT+1. Thus, Denmark is in the same time zone as most of Europe which allows for an excellent business culture in Denmark.

Danes are considered helpful, open and tolerant by foreigners and are interested in asking questions about the other’s culture and country. However, Danes will often shy away from conversations that involve more personal topics, unless they know their colleagues well.

Danes place great emphasis on equality and the ideal that everyone is equal and must have the same rights and respect regardless of their social or ethnic background. Racist and discriminatory jokes are regarded as being very rude. This tolerant atmosphere makes it easy for a foreigner to settle in, but tolerance is also expected on the part of the visitor.

Of the religions in Denmark, Evangelical Lutheran Church of Denmark (95 % of the population) is the official state religion. Other faiths include Roman Catholics (3%) and Muslims. In general, Danes are not very religious, with church attendance generally being low.

Recently, the Danish government has taken measures to reduce the influx of immigrants into the country. This however, has not affected the business visitors to the country and the business culture in Denmark remains favourable for those looking to conduct business here.

Recently, Denmark ranked 4th in the World Bank’s Ease of Doing Business rankings out of the 190 rated nations. The country has sustained this high and favourable rank consistently over the past decade or so. It has regularly featured in the top 5 countries in terms of ease of doing business (full report see here).  According to the Organisation for Economic Co-Operation and Development (OECD), Denmark records an employment rate of around 75 percent on average. Thus, it is placed it as one of the top rated nations globally in terms of employment.

These statistics indicate a favourable environment and reflects a fabulous business culture in Denmark.

The excellent reputation of the Danish labour force can to a large extent be ascribed to the traditional awareness in Denmark of the importance of education. The general education system enjoys high priority and receives substantial public funding. In Denmark, equal access to education is the overriding principle. Currently 14.8% of public finance is devoted to the educational sector, of which around 19.4% is spent on higher education. The result is a well-educated population with a high proportion of university graduates. Great emphasis is placed on lifelong access to education, and Denmark is particularly noted for producing highly skilled technicians and engineers.

The basic education in Denmark consists of nine years of mandatory schooling for everyone. Most of the children attend public schools. There is also a wide variety of private schools available. Today, 83% of young people complete a secondary education programme. Higher education is delivered by the university sector, which offers research based undergraduate and graduate programmes, as well as a parallel sector for professional bachelor and diploma programmes and more business oriented programmes. These days about 40% of the population completes higher education. In addition, great emphasis is placed on providing further education to the large proportion of the current workforce educated only to elementary level and this is one of the reasons why Danish businesses can maintain their competitiveness at a high level.

The Danish education system focuses on maintaining an equal dialogue between students and teachers, and the informal tone is a feature noted by many foreigners. Boys and girls are taught together, and there are both male and female teachers.

Computer literacy in Denmark is good. The use of mobile phones and the Internet is more widespread in Scandinavia than anywhere else in Europe and is on a par with the US. The IT infrastructure of Denmark belongs to the world’s best. In the overall results for the eEurope 2005 Index Denmark emerged as no. 1. According to a recent study, Denmark has the highest rate of Internet penetration, mobile phone penetration and e-business implementation in Europe. It also has the highest IT spending level per capita in the world. In 2012, 92 percent of Danes had internet access and 85 percent had broadband connections. This has naturally increased the possibilities for distance working and sharing knowledge more effectively, even across national borders. Many municipalities have purchased iPads for school children from the 5th to 10th grades in order to make teaching more varied and effective.

One should keep in mind that there are still variations in skills, perhaps across age groups where there may be older executives who are not using the new technology therefore, you should always check first, which method of communication is preferred by the company you are in contact with.

When doing business in a foreign country it is advantageous to have some knowledge about the language abilities and computer competency of your counterparts. This may prove to be particularly useful in the preparation stage of negotiations as it may help to decide whether it is safe to rely on a host speaking your language or whether it is necessary to travel with an interpreter. Competence in computer technology and electronic communication may significantly increase the pace of the business negotiations. Some knowledge about your business partner’s computer literacy may help you to adjust your expectations and also to adjust the level of technology you incorporate into your business activities which may in turn help you to save valuable time and money. These tips should help you integrate with the business culture in Denmark!

The Danes are a peaceful and rather unassertive nation. They possess a satirical and self-deprecating sense of humor. To many Danes, humor is tinged with a great deal of irony. Whilst foreigners often have a hard time understanding this, it is nevertheless an important part of Danish humor. This is key to understanding their mentality. Danes have a deep-rooted respect for democracy and equality and are extremely tolerant. The society has a successful, well-organized social structure, a sound economy, a high level of education, and an acceptance of gender equality and sexual orientation.

Informality is typical in business life. There are no strict hierarchies between employees and management and it is common for employees to address their boss by his or her first name. Manners between colleagues are informal and relaxed. The ‘cozy way of life’ can also be seen in the dress code. Suits are required very rarely. Wealth and high social position are played down in public as regards dress, jewelry, and housing.

Discussion and argument are central in Danish upbringing, in both social contexts and at home. Negotiations and team work are highly prized in Danish working life and democratic processes and structures are central to the Danish mentality.

A EU Commission reported that one out of five Danish employees, changed their job in 2012. A high degree of job mobility indicates that the labour market is healthy and flexible. This flexibility however, is due partly to the fact that it is rather easy to make people redundant in Denmark and partly to an efficient and active labour market policy. The Danish workforce is among the most productive in Europe. No restrictions apply regarding overtime work, allowing companies to operate 24 hours a day, 365 days a year.

Danes are considered to be tolerant and so what is classed as undesirable behavior is usually something that violates the codes of tolerance. For example, the use of sexist or racist humor is considered very rude. Modesty in conversation and behaviour is also respected. The Danes tend to dislike materialism and displays of individual achievement. You should show appreciation for the Danish love of hospitality and ‘coziness’, and make sure business events also include social activities.

Do you want to learn more about business culture in Danmark?