The majority of businesses are growing internationally due to globalization of the world. This means that businesses are increasingly working to enlarge their networks across new boundaries and cultures. The first essential aspect of doing effective business is appropriate communication. With the growth of its economy, this makes Indian business communication the most important thing.

The key condition for effective communication is to comprehend and appreciate the culture of the country you are doing business with. The difference in culture therefore needs to be acknowledged, cherished and valued before the actual communication. Failing to do so may cause serious consequences and barriers to success. Sometimes appropriate things in one culture may be seen as inappropriate in other cultures.

Doing business in different countries, may include meeting with people from different cultures. Thus their communication style and beliefs will also vary. 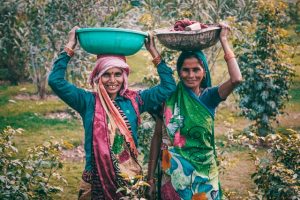 The following sections emphasize the communication aspects of Indian business communication that are essential to create a positive image and succeed. You will find different developed Issues such as verbal and non-verbal communication with an emphasis on normative business etiquette. There is information about general Indian working practices and habits that will be relevant for business meetings and negotiations.

There are  more than 19 official languages in India depending on the states you are dealing with. It is almost impossible to learn all of these languages. To avoid communication errors the easiest way is maybe to speak Hindi or English. Indeed both of this language have a majority place in India.

Indian people use every possible type of communications. They prefer face to face contacts to telephone or written communications. As an effect of British colonial influence, Business meetings start with a firm and friendly hand shake. Be aware, it is not always the usual thing for male and female to shake hands with each other because of religious influence. In that case, it is polite to wait for the hand when shaking hands with female. Shaking the hands is common for greetings upon arrival and departure from a meeting.

Indian people appear formal and they are also very verbal. They like having discussions on cultural and historical topics. It is advisable to avoid bringing up issues concerning touchy subjects such as Kashmir, religion and Indian politics unless these topics are raised. It is then advisable to speak with caution on these kids of sensitive topics.

Indian people like to discuss important business issues in person rather than other means. After an initial face-to-face meeting, it is then often followed by regular business visits and phone calls. However, in meetings they are likely to get down to business right away and are generally conservative and efficient in their approach. Maintaining eye contact is crucial for Indian business communication. If you are meeting with a group of people, be certain to greet each person separately instead of greeting them as a group.

A good starting point to start a conversation can be a comment on the variety of Indian food, the Indian cricket team, Music or Indian history. Indians can spend hours talking about their country’s long and rich history, food and cricket. Indian people are very expressive in their use of body language. In fact,  facial expressions and gestures are crucial to convey messages. Below are some specifics which will be useful to know:

India is a multilingual country with more than 23 languages. Hindi is the official language. It is  spoken by nearly 551 million Indian people. Moreover, English is  also widely spoken in India We learn it in schools from the first grade of primary school through to University.

Other languages in India include Assamese, Bengali, Bodo, Dogri, Gujarati, Kannada, Kashmiri, Konkani, Maithili, Malayalam, Marathi, Meitei, Nepali, Odia, Punjabi, Sanskrit, Santali, Sindhi, Tamil, Telugu and Urdu. The India constitution recognizes all of the previous languages. Overall, there are more than 1500 languages spoken across the country. It would be a good decision to check which languages are broadly spoken in the specific area that you will be residing.

We use English as a corporate language in India. The majority of Indian business people have a good knowledge of English. Most of the communications takes place in English. From email to advertising, English and Hindi are highly acceptable and adaptable by Indian people. In corporate sectors, the professional terminology is in English that makes the language the natural choice for everyday written communication.

Here are some beneficial catchphrases, which can help you to start conversations with Indian counterparts.

Indians often value order, privacy and punctuality. In accordance with Indian society, Indian work environments are based upon hierarchies and formalities between various levels of management.  Because of the impact of hierarchical Indian social structure, most senior person present should be greeted first in a meeting, followed by the next most senior and so on.

Business relationships with Indians are often based on mutual advantage, with the overall task as the central focus. Indians are tending to be direct and straight to the point. Professional designation and rank is given by individual’s performance, achievement and expertise in respected field. It is vital that you express proper respect and deference to those who have attained positions of importance, and that you show courtesy and respect at all times to all other colleagues.

Depending on the size of the business, it is usual practice not to consider a deal complete until it has been acknowledged and confirmed in writing. Thus, it is crucial to ensure that all the conditions and characteristics of a deal discussed during a meeting are included in the written document. Expect a great deal of written communication, both to back up decisions and to maintain a record of decisions and discussions. Even if you have a friendly relationship with colleagues, you should remember that on-the-job correspondence means that an e-mail is a business letter. So you should not forgot salutations and greetings.

The Indians are conservative when it comes to physical gesturing such as hand movements. When speaking with Indians, make sure to be well aware of your expressions and body language, as much importance will be involved to it. You should avoid some gestures such as putting your feet up on the equipment, hands on the back or folded arms. Keep in mind that constant eye contact is not essentially usual, specifically when talking with female and someone with a lower organizational position. Do not back away while somebody is talking to you as it is considered rude and inappropriate. While greeting, it should be limited to handshake only as kiss is not a tolerable greeting type in Indian business culture. Moreover, some signs like a Western hand wave from side to side means ‘go away’ or ‘no’ in India. Indian people are reluctant in directly saying ‘no’, so instead of ‘no’ they will reply with ‘I will try’.

It is normal to exchange business cards at the end of the meeting. Indian people may bring some gifts or sweets for you, so make sure you happily accept it. When dealing with agreements and contracts, be ready for some more rounds of meetings and negotiation. As in India, business decisions are not made directly or quickly. So it is essential not to lose temper by any delays you encounter in your meeting.

Personal titles are vital in India. The common title is ‘Sir’ for the male and ‘Madam’ or ‘Mam’ for the female. Indians tend to use first names quite early in business relationship. So it is appropriate and well acceptable if you call them by their first name followed by social or academic title.

In India, we use social titles such as ‘Mr.’ or ‘Mrs.’ or ‘Miss’ for common people whereas we use academic titles such as ‘Dr.’ or ‘Prof.’ for people who are specialized in the respected fields.

To find out how to address an associate with proper title, you need to use the email address or the business card.  If he or she has a title in front of the name, then you should address the person by their title following by the name.  Academic and hierarchy titles are highly recommended when talking with the senior person.

Do you want to learn more about business culture in India