I am writing this article to convey my congratulations regarding the Passport to Trade 2.0 project. Having reviewed the website and the content regarding Ireland in particular, I can see this acting as a fantastic resource for many people.

In my own experience engaging with international communities, I have found that understanding the unique culture and national identity of individuals can play a key role in forming successful relationships. In fact, I have found that by quickly acclimatising oneself to the predominant social and business culture of a particular country, a good working relationships can be quickly formed.

In my opinion, the resources offered by Passport to Trade 2.0 provide an accurate and well-rounded representation of Ireland as both a place to work and live. In particular the advice provided regarding business etiquette and taboo subjects is a very informative.

The Irish people take pride in being polite and politically correct. This pride is rooted in the economic history of Ireland where agriculture and construction were the principal economic activities in the country prior to the recent Celtic Tiger economic boom. Both of these industries rely heavily on both teamwork and respecting a hierarchy of command. As such a culture of respect for your fellow man and respect for authority is pervasive in Irish culture today.

Passport to Trade 2.0 also offers an insight into how the Irish combine their work and social lives, with the local pub traditionally known as a place for both socialising and networking. The famous Irish Poet and Writer Oscar Wilde once said: “I can resist everything but temptation”, while this stereotype has habitually been associated with social life in Ireland, Passport to Trade 2.0 accurately portrays the place of the local pub in Irish culture.

For many people, the most difficult aspect of adapting to a new culture, is overcoming pre-conceived ideas of what a given culture should be. This process can be fraught with opportunities to make missteps that can create unintentional anxiety. The success of Passport to Trade 2.0 lies in how it can provide individuals with the tools they need to move beyond their pre-conceived ideas of what a country should be to what it actually is.

Once again I would like to convey my congratulations to all the team involved in producing this fantastic resource. 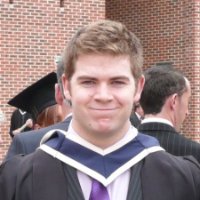