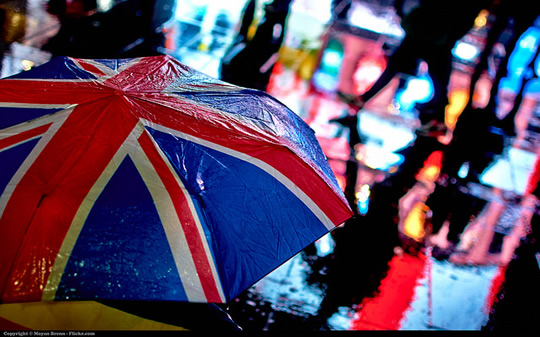 The prospect of Britain leaving the EU following the in-out referendum proposed to take place by the end of 2017 would have a number of repercussions. However, would one of these be that the UK would be shut out from a European Single Digital Market or could the country still operate as part of it?

Recent digital marketing research conducted for the development of a European Digital Marketing course found that between the UK and four other European countries there are major differences in the attitudes of both business and students when it comes to the use of Digital and Social Media Marketing . If the UK leaves the EU, it is argued that these differences are likely to widen.

The Digital Agenda for Europe is a strategic initiative for the long term prosperity of European member states https://ec.europa.eu/digital-agenda/en.  It is not just in the business culture  that differences can be seen across Europe. As part of the Digital Agenda for Europe a number of action plans have been identified and implemented to reduce the challenges that accompany digital economy development.

Some of the challenges facing small and medium sized organisations include a VAT compliance cost of €5K per country. Costs associated with complying with legal differences between member states can be €9k.

The current ambition of the Digital Agenda for Europe is to harmonise the differences between member states and thus encourage cross border trading. Even if the UK were to be outside of this harmonisation it would still benefit from the process. However, the extent of the benefit would be restricted. For example, organisations that trade within the market would be more likely to trust others in the same market due to an understanding of the common tax and legal requirements.

The tax issue is also a challenge for governments that try to collect tax revenues from global giants such as Amazon, Google and Facebook. Amazon are  trying to get their tax payment right but as a single country the UK could find it more difficult to deal with organisations who might be more interested in access to the bigger markets offered in Europe.

As part of the Digital Agenda for Europe a number of indicators are used to track performance of EU member states. The five indicators are – connectivity, human capital, use of internet, integration of digital technology and digital public services.

The UK is not doing badly against these indicators but it is far from achieving the levels of digital adoption recorded in Denmark and Sweden. Human capital is one of the indicators where the UK is performing well. By leaving the EU it could be argued that the movement of human capital would be reduced, although Norway – which is not part of EU – manages to maintain close links with European Free Trade Association members.

In addition to human capital migration, the increasing reach of the internet means that organisations no longer need to be physically located in one country. New business models and ways of working mean that a flexible work force can be found at the click of a button through crowdscourcing (https://uk.fiverr.com/, https://www.mturk.com/mturk/welcome )

The anticipated benefits of a common digital market are:

These benefits, if realised, will bring increased acceptance and adoption of digital services as well as bringing European countries closer together. The example of Norway operating well outside of the EU but in association with its trade agreements is often used by those who want the UK to exit the union. However, the major difference between the UK and Norway is that the population of Norway is just over 5 million whereas the UK is nearly 13 times as big. There are far more businesses in the UK to trade and engage with Europe who would benefit exponentially from staying in the union.

Because of the UK’s close geographic proximity to Europe, the opportunities offered through the digital economy have the chance to contribute towards the development of a common etiquette for enhancing business relationships such as those offered through professional social media platforms http://usir.salford.ac.uk/28500/.

Will London lose its status as Europe’s leading technology hub?

When it comes to innovation, the right environment (universities’ knowledge, commercial interests and favorable innovation policies from the government known collectively as the triple helix of innovation) is fundamental. The latest innovation scoreboard http://ec.europa.eu/enterprise/policies/innovation/files/ius/ius-2014_en.pdf idenitfied the UK in the top quadrant but it is not a leader.

Other reports suggest that when it comes to technology hubs around Europe it is Munich that is the place to be, followed by London and Paris, although London is leading the way in terms of the number of digital companies that concentrate around the sector.

One of the key benefits for innovation development that has been enabled through Europe is the access to funding. This is where Munich and Paris will have an advantage compared to London, should the UK leave the EU.

Digital Agenda Europe is also a well financed priority area allowing organisations to build knowledge collaboratively by working on joint research and development programmes. Organisations that have access to tech hubs as well as funding mechanisms are more likely to grow.

So, overall, a possible BRexit from the EU following the referendum in 2017 will have an impact on the digital economy of the UK: the potential of distancing itself from harmonised business tax and legal systems as well as a reduction of access to research and development funding could present some additional challenges.

This article was originally published on The Conversation.
Read the original article.