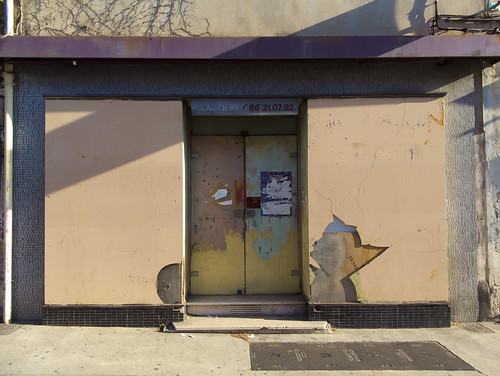 Europe is still recovering from the financial crisis that hit at the end of 2008, with several Eurozone member states falling deeper into a spiral of debt they have been unable to repay. This has had a clear knock-on consequence for new businesses and startups. Since the financial crisis, the Economist found there has been a decline in startups in some EU countries, such as Germany and Denmark. These countries have a high GDP and are generally considered to be well-off, so why are these European countries failing to encourage startups?

The process of starting a business

When you decide to start a business, there is generally a lot of research and education required. What do you want to be involved in? How can you do that? What connections do you need? There is always going to be a level of uncertainty, and it’s this uncertainty that has Europe from encouraging innovative companies from flourishing. Entrepreneurs don’t need to start the next Microsoft or Google, but what they do need is the ability to experiment with their ideas and have the courage to act on them. As pointed out in the Economist article previously mentioned, if a business fails, you don’t get a second chance. This is very different to the culture that’s been nurtured in Silicon Valley, where failure is regarded as a learning experience and you have the freedom to learn from your mistakes. In addition to this, a recent survey found that the majority of Europeans (58%) would rather work as an employee instead of taking the risk and starting their own business. The overarching fear of failure has permeated throughout Europe’s business culture, to the extent that many great business ideas and products are never seen, because entrepreneurs are too afraid to act on their ideas.

All businesses need funding to get off the ground

Since the financial crisis, banks and lenders have been much more cautions and unwilling to fund anything they deem as too risky. Lenders want to see a return on investment within a year or two – they don’t look at the potential of the business. There is reason to be this cautions, though, as the financial crisis in Europe shows little sign of letting up any time soon and even China’s economic growth is slowing. This all has knock on effects for smaller businesses, meaning they’re much less likely to succeed than in 2008. With 10% of small business owners saying that they’re at risk of bankruptcy as a result of late payments, it’s easy to see why a potential investor may be seeing red flags instead of an attractive opportunity.

This is not to say that Europe is an unattractive place to start a business or invest in. In fact, some cities like London are booming, with more startups in 2015 than ever before. It could be argued that the financial crisis has forced entrepreneurs to think differently with less reliance on traditional sources of funding and outdated business models. London seems to be leading the way in Europe, but it’s yet to be seen whether or not their startup culture spreads across the continent.

However, with the financial crisis still being felt by many Eurozone countries, young budding entrepreneurs can’t risk starting out as they need stability to start their lives. Those who are older shy away from it even more as they have responsibilities and mouths to feed. Europe has a low risk-tolerance at the best of times, perhaps a legacy of two world wars. Entrepreneurs need a sense of stability in the market as well as their personal lives in order to take the plunge and be successful. Right now, Europe needs to fully recover from the economic crisis and foster a more encouraging business culture in order for startups to succeed.

Perhaps the digital economy can offer the answer?