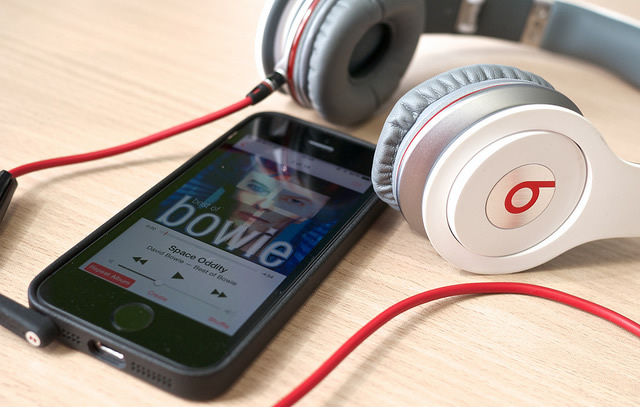 Apple’s market value has reached a record-breaking US$700 billion, far outstripping its nearest rival. In a year of superlatives, the company’s shares have risen by 60% and it made its largest ever acquisition, paying US$3 billion for Beats Music. But, with Europe voting to break up Google, Apple’s growth raises some questions on whether they too could be getting too big and if regulators would want to step in.

Apple follows in the footsteps of Microsoft and Google in a bid to maintain its household name in the constantly evolving digital business landscape. But both Microsoft and Google have learned to their expense that being dominant in their respective markets can attract the attention of the competition authorities, such as the EU Competition Commission.

The European Economic Area is the largest in the world and any global business such as Apple is interested in maximising their international trade in this lucrative market. And, Europe too, with its prioritisation of the digital economy through the development of EU Single Market rules for the digital era under its Digital Agenda is eager to attract global players such as Apple.

But, as Apple looks intent on challenging Spotify’s dominance of the music streaming market, with reports that its Beats music service will feature in future versions of Apple’s operating system, this could attract competition commission regulators’ attention.

The original purchase of Beats was announced in May 2014 and approved by the European Commission (EC) in July, and later by the US regulators. The two product markets that the sale affects are the hardware market for headphones and the market for streaming music.

The headphone market is much simpler than that for streaming. While individuals are easily satisfied with one or two sets of headphones, streaming provides potentially infinite numbers of subscribers and therefore a huge market. This is where the strategic purchase for Apple has the highest potential rewards. Plus, the delivery of an electronic good such as a song has lower overheads compared to the cumbersome packaging and supply chain arrangements needed for shipping and storing a set of headphones.

At the time of evaluating the competition case of Apple’s acquisition of Beats, the EC deemed there to be no need to differentiate between music used for download and music used for streaming. Yet the two are quite different.

Streaming music is a concept where we essentially rent access to songs for a monthly or yearly fee. In music, a similar attitude is developing to that of video – where once you have watched a video film you rarely want to watch it again. Consumers might have their favourites but they are keen to have access to an unlimited number of songs.

When iTunes first came out, it was a revolutionary market place for buying music digitally. Now, however, while it is still profitable, growth is slow. Users are increasingly aware of and opposed to the iTunes licensing models by which even if you pay for music you do not “own” it, rather you are granted a non-exclusive licence to use it. These restrictions and the relative cheapness of streaming has turned public interest towards streaming models instead.

Could Apple get too big?

If a business dominates a market, breaks have to be applied by the competition regulator to prevent monopolies from controlling the market. In terms of the Apple-Beats case, the EC gave the green light, originally not considering the streaming service an issue since they are only entering the hardware market in Europe.

Although Apple iTunes offered streaming for the US and the Australian market, it was not offered in the EEC. Similarly, Beats Music was only available for the US and Australian market at the time of their merger assessment by the EC. And, should they start streaming in Europe, the assessment considered that Spotify and Deezer users in Europe are sufficient competitors for Apple Beats.

But perhaps the competition assessment fails to take into consideration the overall size of Apple and the price restraints it can potentially pose on its competitors, due to its presence in adjacent markets. Apple has access to more than 800 million Apple IDs – people who can very easily switch to streaming. So, will this mean that Apple Beats is going to dominate the streaming music market? The regulators will certainly be watching this case closely.

Aleksej Heinze receives funding from a number of organisations including the European Commission, Technology Strategy Board now Innovate UK.

Evgenia Kanellopoulou does not work for, consult to, own shares in or receive funding from any company or organisation that would benefit from this article, and has no relevant affiliations.

This article was originally published on The Conversation.
Read the original article.